Nepal because of the majestic grandeur of its physical environment, land of eight of the world’s highest mountains including Sagarmartha (Mount Everest), and diverse cultures, and numbers of ethnic and racial groups, has long offered unparalleled opportunities to both Nepali and especially overseas photographers who flock to the Himalayan republic in increasing numbers every year.

The work of Nepali photographers of great technical ability and artistic talent are important both nationally and internationally for in particular their representational & recording depiction of landscape and physical environments, as well as ethnographic, sociocultural and contemporary social society themes. Works of established and emerging gifted Nepali photographers find themselves in commercial fine art galleries, and many other venues and settings.

In some cases photographers lead the way in, through their work, conveying subtle or directly powerful messages to their viewers about day to day living and working environments subjects, as experienced by many Nepali citizens, about global climate change and its disastrous costs, and about equality, emancipation and contemporary spiritual and religious topics.

The role and work of the Photo Journalist Club of Nepal is of particular importance for those who would like to know more about the special role of photo-journalism and photo journalists in Nepal (image to left by Keshab Thoker, and image to right by Kishor K Sharma): 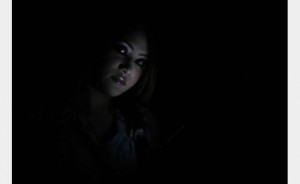 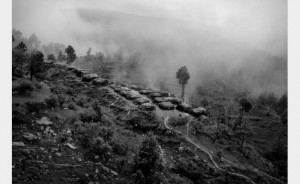 The club is a common platform for photojournalist to learn, share and explore photography skills. The club also provides trainings, conduct seminars and interactive programs.

Being only club of its nature in the nation, it is determined to fulfill its objectives and its role in developing photojournalism as in profession. … view website.