The NIAP’s educational lobbying in both the UK and Nepal involves the following elements:

Some examples of the urgency and seriousness of these lobbying needs in both the UK & Nepal:

Sunil Pokharel, on the need for greater prioritisation of government support for theatre in Nepal

‘How do you look at the profile of Nepali theatre in the regional and international context?

In totality, we are not much ahead in the regional context. I am saying this in the sense that India, Bangladesh, and … Pakistan … have invested in theatres. Both the private or corporate sectors as well as the governments in the region have invested in this sector. We are lagging behind them because of the lack of a culture that promotes theatre. The quality of our work is good, though…’

Source: Interview with Sunil Pokharel in the ‘Nepali Monitor’ 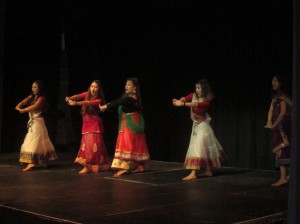 In 2014 the National UK Nepali Inter-Uni Dance Competition was held in Bournemouth, with more than 12 UK university Nepalese students societies competing, with more than 200 UK Nepali international students and dancev teachers attending, and a judges panel of nationally and internationally recognised experts overseeing the incredible range of high quality performances by the competing teams.  This event was of National importance in the UK, for celebration of the UK Nepali population, yet despite excellent coverage in the Nepali media, it received scant to non-existent coverage in the mainstream UK media; this despite considerable efforts made by the UK Nepal Friendship Society to represent this locally. 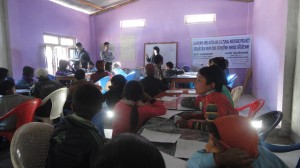 In Mid-December 2014 an NIAP facilitated arts educational workshop (supported and coordinated by a local area community support and representational organisation, UNESEEN) was held in Pyuthan, centre of the Gaumukhi Development Area in Western Nepal. The purpose of the workshop was two-fold:

These are just three examples of the educational lobbying dimension of the NIAP, that is so needed in both Nepal and the UK.