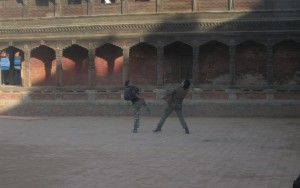 Nepali film (‘Nepali Chalchitra‘) and television embraces a wide range of subjects, from social realism, human psychology, comedy, and presentation from the epics of Hindu spiritual and religious mythologies, to love stories and comedy. There is a considerable Bollywood influence too and this extends to popular Indian comedy series (such as Comedy Nights with Kapil, etc.).

Although cinemas commonly have programmes that are considerably dominated by both Bollywood and Western films, Nepali films of excellent quality are not lacking, and are indeed having an increasing and internationally respected presence since the Nepali / Kathmandu ‘Kollywood‘ [in emulation of the better known ‘Bollywood’ but ‘K’ for Kathmandu used instead as the first letter of the term] film industry is growing, and has producers, directors, and actors — such as Rajesh Hamal (featured in the image above at a film shoot in Bhaktapur) — of international fame.

About the history of the Nepali Film Industry and Nepali fim song: 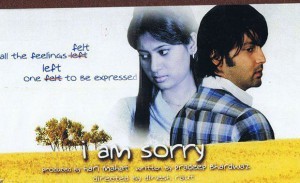 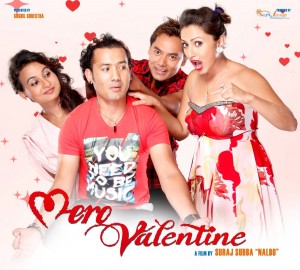 ‘Nepali popular music as written and performed for Nepali cinema. A Nepali film song is the music that is from or inspired by a feature film. There is constant work for pop music composers — or music directors, to use the Nepali term. Nepali film songs are released as tapes and CDs, before the movie is released and account for the bulk of popular music sales in Nepal. … The making of Nepali movies is said to have begun with D. B. Pariyar’s Satya Harishchandra, which was the first Nepali Language film to be shot. It was produced from Kolkata, India, and was released on September 14, 1951. Aama (meaning mother) was the first Nepali movie produced and released on October 7, 1964. … read more.

Kantipur Television is an important starting point for all interested in Nepali television. http://kantipurtv.com/

About Kollywood / the Kathmandu film industy