Ajit Kumar Sah (who has won national and international awards and recognition for his beautiful and inspiring artwork) is one of the NIAP’s main visual arts section’s supporters, seeing in the project how its important educational dimension can enable the English speaking world learn much more about Nepali arts, particularly their spiritual significance, as seen through Mithila art, where he is an internationally renowned artist and de-facto cultural ambassador for Mithila arts related cultural heritage. Images below from visit of NIAP officers Alan Mercel-Sanca and Deepak Tamrakar to Ajit Kumar Sah’s studion in Kathmandu. 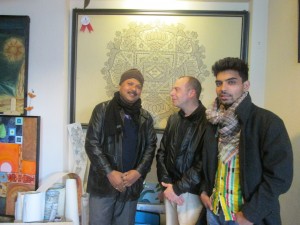 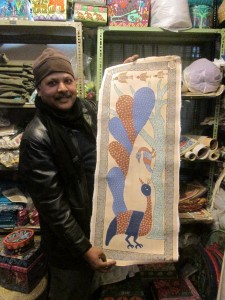 Passionate about explaining about this heritage, Ajit Kumar Sah is proud to promote through his work the traditional association of the empowerment of women practicing Mithila Art, his female colleagues being experts in various stages of the elaborate processes of creating the final state paintings and numerous textile-based and other handicrafts. 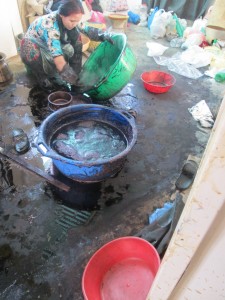 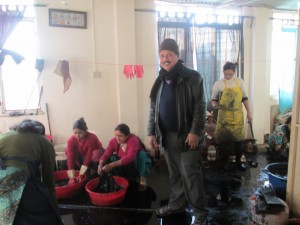 Mithila Art’s spiritual purpose — explaining about the Nepali-Indian Hindu gods and goddesses legends, myths, as well as the significance of the symbols and mandalas used in the arts, and rituals and rites of passage through life, Ajit also highlighted its connection with the order of Nature, and its importance as an arts driver for Nepali, South Asian environmentalism, as for example the use of vegetable-based paints and tinctures.   One particular spiritual aspect of the depiction of the gods and goddesses in Mithila art, he emphasised, includes the phenomenon of the great deities connection with Nature through Avatars, such as Lord Vishnu.

‘ …… the connection between nature and art. Showing one of his paintings titled ‘Dashavatara’, he says, “Most of the ten avatars of Lord Vishnu like Matsya avatar, Narasimha avatar were in the form of animals. Others were also close to nature, like Lord Krishna had a special connection with cows and trees.” … read more.